Episode 324: Rage Against the Machine – Killing in the Name

Andy, Chris and Nick analyze a random pull from the Listener Submission List: “Killing in the Name” from the 1992 self-titled debut album by Rage Against the Machine! Is this sort of protest song something that will engorge the guys’ loins? Listen and find out!

DOWNLOAD:
324 – Rage Against the Machine – Killing in the Name

ABOUT Pod of Thunder:
Each week from April 2013 to December 2018, Nick Jones, Andy Jones and Chris Lathrop analyzed a song from the KISS catalog, selected randomly from the band’s 1974 debut through their most recent release, “Monster.” From there, general KISS discussion occurred, other nonsense unfolded and listener participation was encouraged. They covered every KISS song, so now on each episode they analyze a rock song submitted by a listener. Don’t worry, the nonsense has remained intact!

This site uses Akismet to reduce spam. Learn how your comment data is processed.

For those about to pull some JBBS…we salute you! Click the image below for this and other awesome PoT designs! DOOO IT! 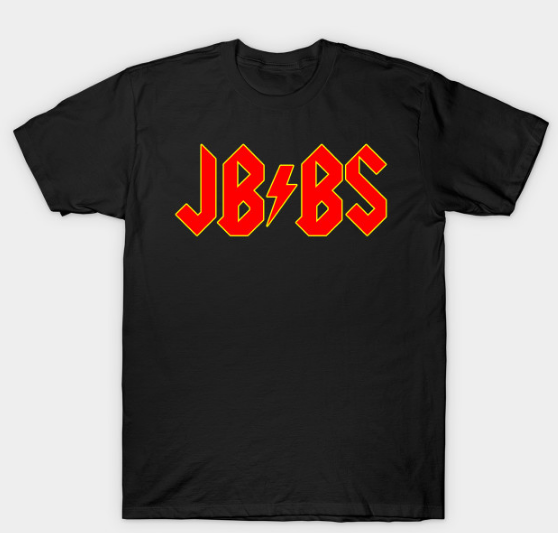